The waves have officially been tested for surfing at Tokyo 2020 Olympics!

The International Surfing Association (ISA) director Robert Fasulo gave the thumbs up to the first day of competition, saying the waves at the venue are “absolutely up to standard” for the sport’s Olympic debut. The event was held to test all aspects of the competition next year, including security, medical, technology, scoring and sport presentation.

Although surfing at Tokyo 2020 will be held at a slightly later date than the test event, organisers have allocated a window of eight days if the weather / swell doesn’t cooperate. They expect a maximum of 4,000 spectators during the Olympic competition.

A total of 20 men and 20 women will qualify for Tokyo 2020 Surfing with a maximum of two athletes per gender per country. And whilst the US, Australia and Brazil are expected favorites, Japan is putting its surfing hopes on Kanoa Igarashi – one of the top surfers in the World Surf League at the moment who recently became the first Japanese surfer to win a Championship Tour event at the Corona Bali Protected. 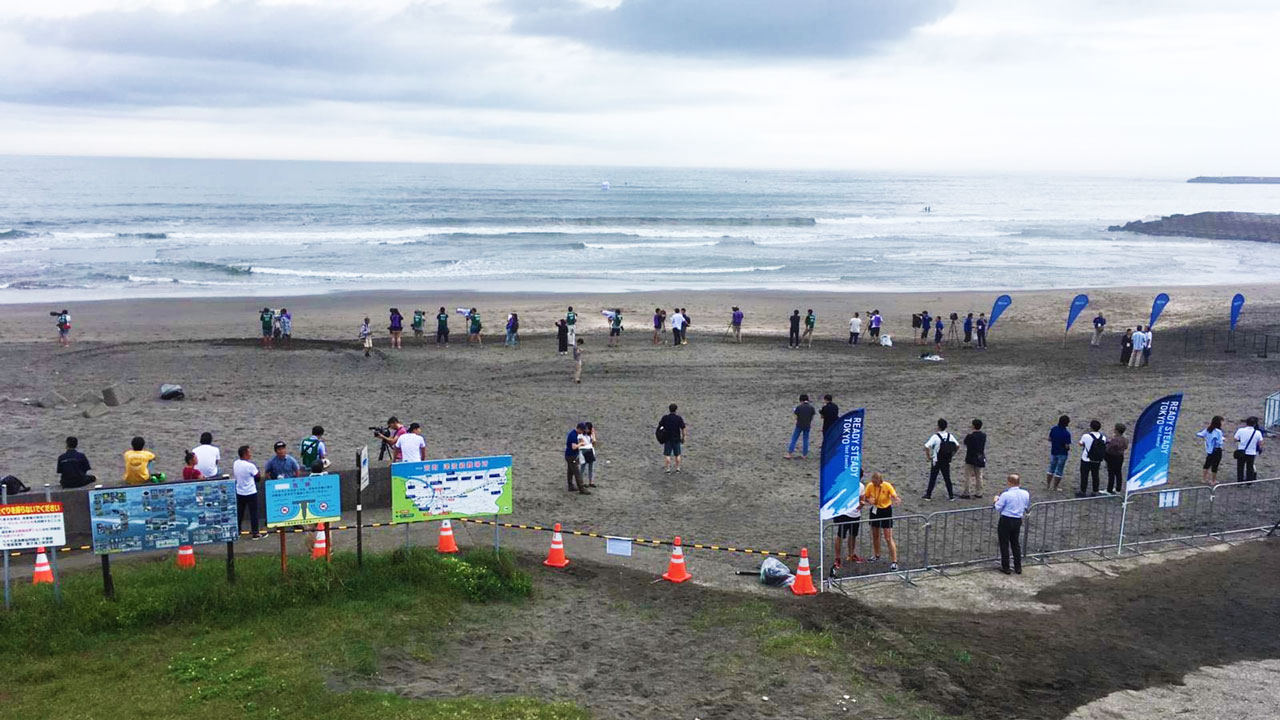 Categories: Contests, Olympics, Places, Spots
Back to the News articles